Top 5 crypto coins that actually have utility in the web 3.0 world

Although we now live in a digital world that is dominated by multiple cryptocurrencies all operating across numerous chains. But, do most of these currencies have any actual utility? More often than not, they don’t but have instead been invented as either a layer to support the one below it or as a scam project so that the creators can fool others into buying into their schemes.

Regardless, we have identified 5 of the top crypto coins, not tokens, that have actual utility. In our opinion, we see these networks taking off and becoming one of our future digital foundational layers, which is something the industry has been waiting for. Although some networks are ahead of others, there’s still a lot of growth across the industry.

We can see that the Ethereum network has increased in popularity over the years and has even surpassed Bitcoin as one of the most used networks. 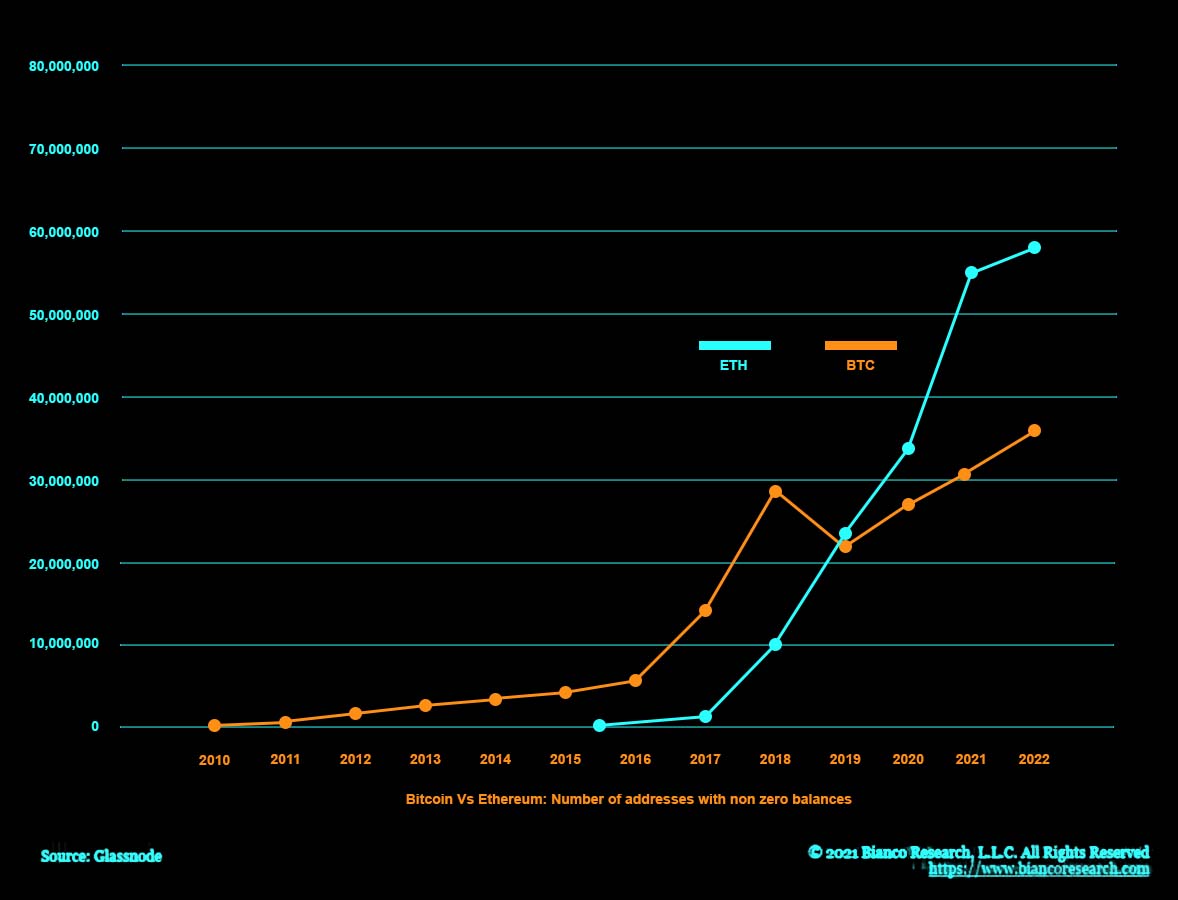 Solana is most certainly a network we cannot leave off this list, mainly due to the fact that Solana’s technology can be viewed as the strongest contender to Ethereum. Solana has proven to be highly more scalable compared to Ethereum due to the high transaction speeds across their network. See comparison below: 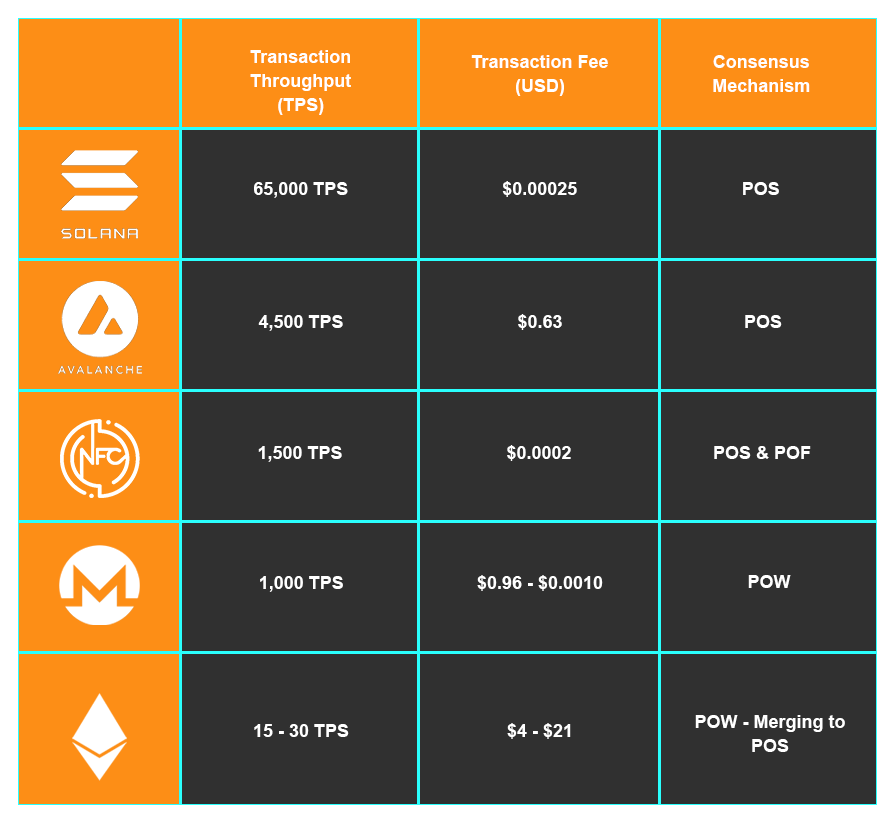 One of the issues that Solana is facing is this consistent problem that occurs over their network, which requires them to shut it down on a regular basis due to bugs within their network. This is a clear sign that Solana has a long way to go in terms of surpassing Ethereum’s ecosystem.

Avalanche is also an impressive layer one public blockchain that shares multiple similarities to Ethereum and Solana in terms of deploying smart contracts and DAPPS.

What’s rather unique about the AVAX network is the added functionality for developers to create sub-nets. These sub-nets can act as private blockchain networks that can be used by companies or governments without them needing to build their own blockchains from scratch.

Possibly one of the highest utility coins on the market is NetFlowCoin. The NetFlowCoin network has created a complete peer-to-peer internet that enables users to share, store, stream, and communicate with anyone anywhere across the globe using any type of NFC-ready device.

NetFlowCoin’s network has all the flexibility and features such as Ethereum (by creating smart contracts), Filecoin (decentralized storage), Avalanche (create multiple sub-nets, public or private), and Solana (with a high TPS).

Monero is more of an adaptation of the Bitcoin network. It is designed to be a cryptocurrency in all sense of the word. Users of the Monero network can use their digital assets to purchase goods or services in the real world. They are also a coin that has been around longer than most, starting in 2014.

However, one of the unique aspects of the Monero network is that all transactions are completely hidden and private, something that is special to Monero users.

There we have it, the top 5 coins that actually have utility. Of course, there are multiple coins out there on the market and even more tokens. However, in the future, the need for so many different coins and tokens will diminish as the entire industry begins to mature.

Let’s hope that these top 5 coins will remain.